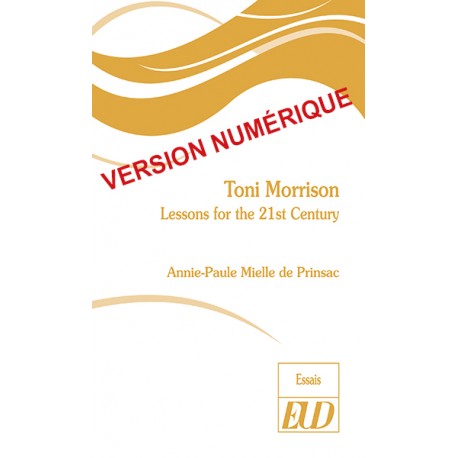 Lessons for the 21st Century

The present work, initially conceived as a sequel to my book De l’un à l’autre : l’identité dans les romans de Toni Morrison, published in 1999, actually goes further than originally intended.  In the last twenty years, the course of events has necessitated a reappraisal of Toni Morrishilippe.on’s work, which will remain one of the greatest narrative voices of the early XXIst century. In our chaotic world, she brought wisdom and solidity, she assured a kind of humanity and generosity that seems to be on the verge of disappearing.  For our Europe, shaken in its foundations, to receive a life lesson from this descendant of slaves is not unimportant: she was, indeed, awarded the Nobel Prize, but have we truly taken the measure of what she wrote?  Have we given enough thought to the importance and the quality of the language which we all share together?  To the essential place it occupies in the discovery of the self, in the history and the exchanges between men and people, at a time when they are led more and more to mix and, sadly, to clash?

This work, which does not pretend to be exhaustive, is simply a stone in the building that Toni Morrison calls on us to construct together. She has bequeathed to us this responsibility.
Annie-Paule Mielle de Prinsac is associate professor in the English Department at the University of Burgundy (France). Her specialties are Shakespeare and African-American Literature.